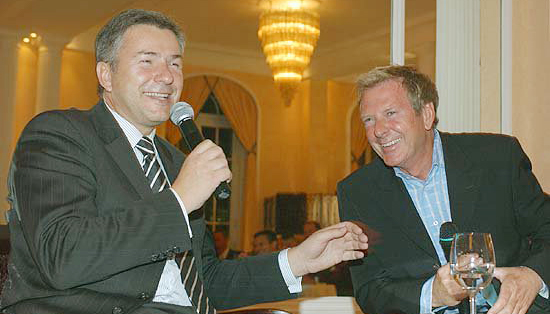 The Cultural Committee (KuKo) is dedicated to all aspects of culture and the arts, in line with Network's guiding principles. It provides a wide range of intellectual and financial support for cultural activities on gay subjects. Artistic productions (such as plays), festivals (e.g. film festivals), art exhibitions and trips to such cultural events receive one-off or recurring contributions if they have a link to Network's focus on gay leadership.

The committee's core activities include the Network Cultural Award, which has been assigned biennially since 2001 for different art disciplines which change with every edition. In addition, the committee presented honorary awards for their life’s achievement to Walter Pfeiffer (photography) in 2006 and Christoph Geiser (literature) in 2014. The Cultural Award is endowed with prize money of CHF 15,000 and is intended to bring the award-winners to the attention of a wider public. Award-winners to date:

Another core activity is the club dinner, which is held from time to time at the Club Baur au Lac in Zurich and is open to all members of Network and their partners. This formal event focuses on interviews with well-known gay personalities from all walks of life. Prominent guests have included Pierre Bergé, Bertrand Delanoé, Philippe Jordan, Frédéric Mitterand, Claude Nobs, Rosa von Praunheim, Alice Schwarzer, Heinz Spoerli, David Streiff, Guido Westerwelle and Klaus Wowereit.

The Cultural Committee also organises cultural breaks, for example to Paris in 2013 and Rome in 2014. These are generally open to all members of Network.