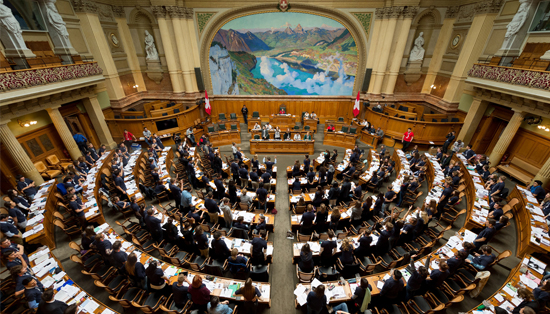 Network is committed to equality for gay, lesbian, bisexual and transgender individuals and their way of life. That includes Swiss law, which does not yet consistently enshrine full equality and provide adequate protection against discrimination.

Political work has therefore been a central element in Network's activities for many years. One milestone was the 2005 referendum on the Partnership Law. Network played a significant role in the campaign and therefore in paving the way for registered civil partnerships in Switzerland.

Network's Political Committee (PoKo) used all available resources to counter the CVP initiative “For marriage and family – against the fiscal discrimination of married couples”, which was put to vote at the end of February 2016 and aimed to have marriage between men and women enshrined in the Federal Constitution. A positive vote would have set back the acceptance of LGBT people in Switzerland by many years. Fortunately, thanks also to the work and the financial support of Network, the initiative didn't pass. Positive items on the agenda are permitting adoption of step-children by civil partners, opening up marriage to everyone, and extending anti-discrimination laws.

In addition, Network supports emancipation campaigns by LGBT groups and individuals outside Switzerland. The principal focus at present is Russia, where the law against “homosexual propaganda” has made the situation more difficult for LGBT people.

Team sports are another focus of this committee. For example, it has set up a project to help remove the taboos surrounding homosexuality in football.